A shipowner was about to send to sea an emigrant-ship...

A shipowner was about to send to sea an emigrant-ship. He knew that she was old, and not overwell built at the first; that she had seen many seas and climes, and often had needed repairs.  Doubts had been suggested to him that possibly she was not seaworthy.

These doubts preyed upon his mind, and made him unhappy; he thought that perhaps he ought to have her thoroughly overhauled and refitted, even though this should put him to great expense.

Before the ship sailed, however, he succeeded in overcoming these melancholy reflections. He said to himself that she had gone safely through so many voyages and weathered so many storms that it was idle to suppose she would not come safely home from this trip also. He would put his trust in Providence, which could hardly fail to protect all these unhappy families that were leaving their fatherland to seek for better times elsewhere. He would dismiss from his mind all ungenerous suspicions about the honesty of builders and contractors.

In such ways he acquired a sincere and comfortable conviction that his vessel was thoroughly safe and seaworthy; he watched her departure with a light heart, and benevolent wishes for the success of the exiles in their strange new home that was to be; and he got his insurance-money when she went down in mid-ocean and told no tales...

I have made the line of thought more visible with line breaks.  But that is the opening paragraph of William K. Clifford's essay THE ETHICS OF BELIEF, first published in 1877.

Links to the text and to other material, pasted in below...

If our starting point is Irish Diaspora Studies - and today it is - I think that it is difficult to read that paragraph without thinking of the discourse of the emigrant ship, of the Irish Famine migrations, and, of course, the 'Coffin Ships', now enshrined in song and sculpture.  All the elements are there, the Emigrant Ship, the unhappy families leaving their 'fatherland' to seek better times, exiles...  Ungenerous suspicions.  No tales told...

I will not unpack here my own line of thought, which can appear a bit complex - but, for me, is fairly simple.  One of the things that first interested me about Irish Diaspora Studies was the notion that we had an ideal case study of the nature of knowledge - the ways in which knowledge is created, is used, and earns its living.  When I first started developing that line of thought, I fell among philosophers.  Yes, yes, I know, but some of my best friends...

And it was suggested to me that what I was doing belonged in the sub-section of philosophy called epistemology, the creation of knowledge.  In fact I would argue that that is not correct - I think that what I do is something else, not epistemology.  But I must accept the steer, from my friends, and explore the suggestion.  And I have become interested recently in epistemology's evil twin, what we are learning to call agnotology, the creation of ignorance.

As have we all.

I recently found myself reading Scott Aikin on the Straw Man...  We have plenty of straw persons in Irish Diaspora Studies.  And this led me back to that cluster of questions - called 'the ethics of belief', after Clifford's title - where epistemology, ethics, philosophy of mind, and psychology, meet.  And back to my meditations on the founding text, Clifford's 1877 essay.

And the Emigrant Ship.

In discussion of Clifford's essay, the detail that Clifford himself had experienced a shipwreck is mentioned, but is usually - and probably rightly - discarded as irrelevant.  Clifford, himself, describes the wreck of the survey ship, Psyche, 1870, as 'comfortably managed...'

Discussion of Clifford's essay also tends to discard, without comment, the detail that he is describing an Emigrant Ship.  And, I think, had in mind the discourses around the Irish Famine migrations.

Now, how could we unpack that?

THE ETHICS OF BELIEF, I. THE DUTY OF INQUIRY

2  In the Stanford Encyclopedia of Philosophy, Clifford's shipowner and his Emigrant Ship become a 'shipowner who, once upon a time, was inclined to sell tickets for a transatlantic voyage...'

The Ethics of Belief

The “ethics of belief” refers to a cluster of questions at the intersection of epistemology, ethics, philosophy of mind, and psychology.

4 Scott Aikin and colleagues on the Straw Man - plenty to find out there.  See for example...

5  Searching for 'The wreck of the Psyche' will take you to many strange places.  But, staying with the survey ship, 'Psyche'...  The best account of the wreck I have found is in Science and Controversy, A Biography of Sir Norman Lockyer, Founder Editor of Nature By A. Meadows, 2016. 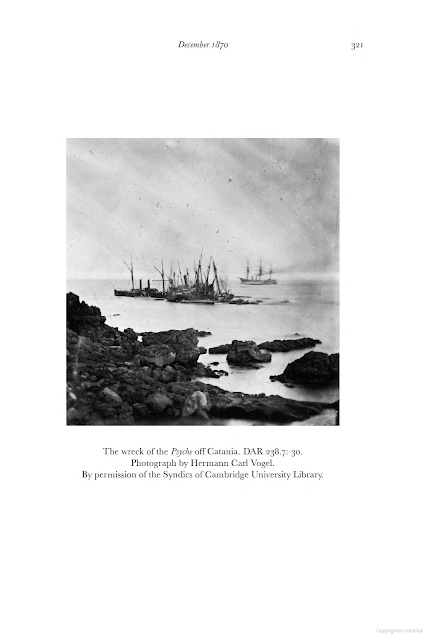 Posted by Patrick O'Sullivan at 13:14